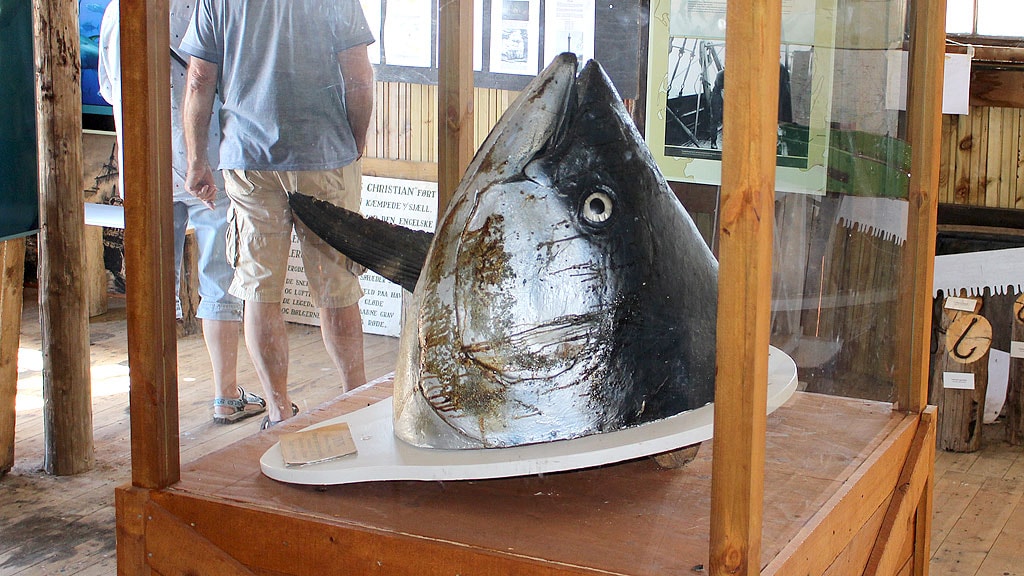 The exhibition provides an interesting insight into the history of tuna fishing.

A dream of an international fishing ground
From 1920 to 1960, the town of Havneby, on Sjællands Odde, was the center of a major tuna adventure in the southern Kattegat.

In Denmark, the fishing of tuna became the exploitation of an east Atlantic resource that periodically appeared in the Kattegat, hunting for herring and mackerel. Local fishermen had no previous knowledge of tuna or tuna fishing, but they rose to the challenge and thus acquired an additional source of income.

It wasn´t only commercial fishermen who noticed the tuna. Its size and its strength also attracted anglers in search of the ultimate dare. They arrived from Denmark, Sweden, Germany and England. Together they created the dream of an international fishing ground for anglers, with package tours to Havneby, including everything from air travel to accommodation and meals in situ.

Prominent guests from near and far
At the beginning of the tuna season in 1930, two large vessels showed up, one from Germany, one from England. There were also prominent guests arriving by land to join in the fishing. Princess Margrethe, the cousin of King Christian X, and Prince René of Bourbon, high ranking Danish naval officers and wealthy Englishmen. Counts from Funen, entrepreneurs, master bakers and wholesesale merchants from Copenhagen and other market cities, all came to experience the great tuna adventure.

In 1960, tuna was still being caught in Danish waters but the quantities were small and the dream was over. A whole epoch of Danish fishery had ended.