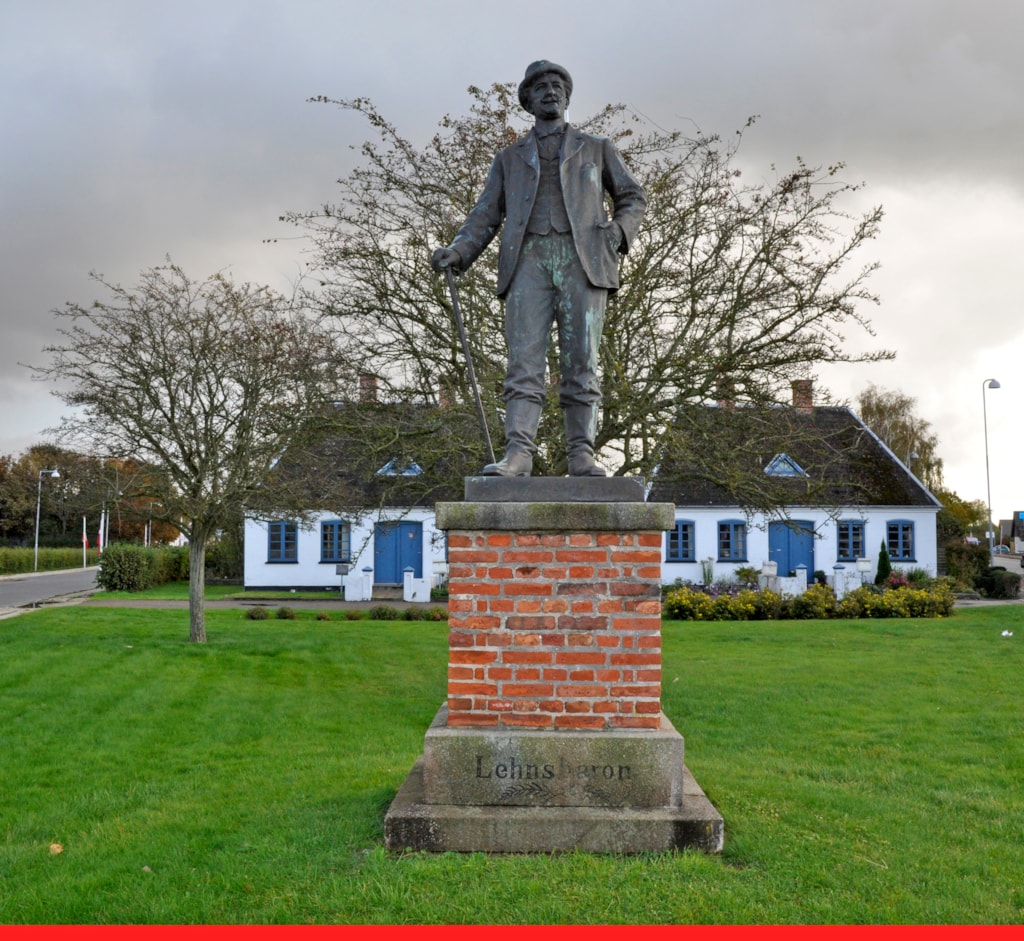 "The father of drainage" is the inscription on the pedestal of the statue of Baron G.F. Zypthen Adeler that was erected in Fårevejle Stationsby in 1928.

Zytphen Adeler was born in Copenhagen in 1810 as a descendant of the old Dutch noble family von Zytphen. In 1836 he took over Dragsholm Castle, and he had a great influence on the development of the Odsherred agriculture.

In 1870 he took the initiative to drain the Lammefjord and in this way about 5000 hectare of fertile land was reclaimed.