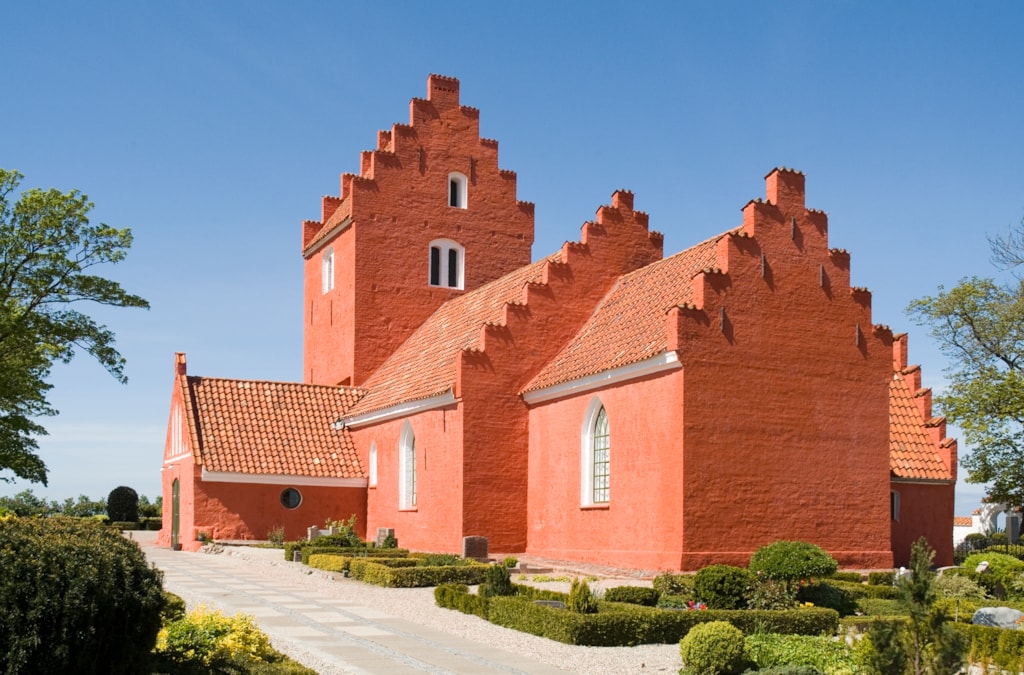 Romanesque brick church from the last half of the 13th century with Gothic vaults in the nave, tower and sacristy. The church has been painted red since 1879 - the reason is unknown.

Commemorative plaque for the casualties from the Battle of Sjællands Odde on March 22 1808. In the cemetary you find their tomb with the poem by the Danish poet Grundtvig.

The church is registered as a road church and is open daily from 8am to 4pm throughout the year.

Free guided tour (in Danish) from end of June to beginning of September every Tuesday and Thursday from 1pmp to 3pm.